When you’re in love it’s easy to overlook your boyfriend’s flaws, even if those flaws are seriously messed up. You ignore that he’s showing up late or standing you up for dates, you even forgive his flirting with other women. But some of the things he does should be taken as red flags that he is not and never will be your Prince Charming.

It’s normal to have moods. We all do. But when he’s alternating being angry at you for the smallest things with being super loving afterwards, you should take it as a sign that the guy has serious issues. Our advice is to get out while you still can. He changes the subject when you ask him about the girl in the photo he keeps on his phone. Red alert.

A relationship cannot thrive without good communication. So, if your boyfriend refuses to talk to you about his feelings, his plans or anything really, it can mean one of two things. He is hiding things from you, or he is emotionally immature. Neither option is good enough for you to stick around. #4. He isn’t affectionate in public

There are a few reasons why your partner refuses to hold your hand in public and none of them are good. But, while you can overlook his shyness, you should definitely not ignore the possibility that he’s ashamed of you or that he’s hiding something.

If he blames you or everyone else for all the things going wrong in his life, he’s not the type of guy to deserve your time. When he blames you for his not waking up on time in the morning, what’s he going to do when faced with the big stuff? #6. He is overly critical

A little criticism can be useful in a relationship, but only if it is delivered in a constructive way and it is accompanied by praise. Otherwise it is either nagging or very demoralizing. Don’t do that to yourself.

READ MORE: How to get a man’s attention

The thing that you must remember is that liars do not change. If you catch your man in a lie, you could ignore it. After all, all people lie to a certain extent. But, if it’s a pretty big lie or he constantly lies to you, he is eroding the foundation of your relationship by removing a key component: trust. #8. He dislikes your friends or family

It’s one thing not to like them, but a whole different thing to convince you that they’re not good for you. When he does that he’s fighting to take control over your choices. Never allow him to do that.

#9. He needs to know everything about you

We get it. You’re in love, he’s in love, you want to know all there is to know about each other. But when curiosity and conversation turn into a veritable interrogation about every detail of your day, it ceases to be love. It’s uncontrollable jealousy and you should stay away from it. 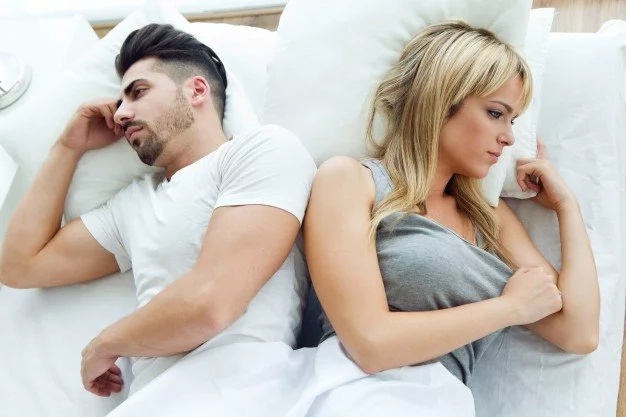 His laid-back attitude might be charming for a while. But, if he doesn’t get his act together, your relationship is not going to progress past his parents’ bedroom.